Since 2005, the Comedy Club 4 Kids has been getting the best stand-ups and sketch acts from the international circuit to do their thing for an audience of children (aged 6+) and their families… but without the rude bits! This year’s show will feature comics Stephen Halkett, Rosco MccLelland and musical act Mr Fibbers. 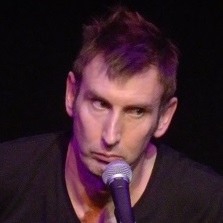