NB This show will be in an outdoor marquee. 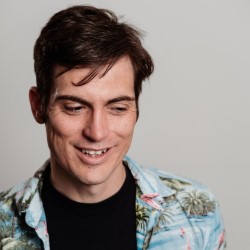