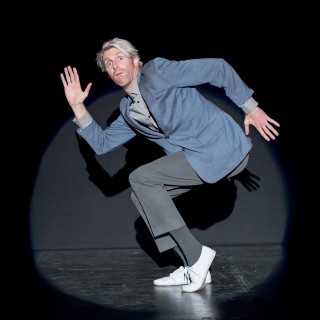 Trygve grew up in Hastings, New Zealand as the eldest of four children. He is the only one in the family to display a passion for theatricality. Soccer was more fun to play if you could devise funny ways of slipping over on or near the ball. (his two brothers are very good at sports, picking up the slack which Trygve left behind).

With his best friend in the whole wide world, Barnie Duncan, he made slapstick comedy theatre shows regularly for short seasons across new zealand.

Trygve’s first tattoo was of a milk carton. His second was the logo of the theatre company he formed with Mr Duncan. His third was a fibonacci spiral. His fourth was inked on the floor of a hut in Bali, an Alexander Calder mobile.

Trygve went to Paris to study with Philippe Gaulier and had a wonderful time living in france (though shamefully his mastery of the french language is still poor to nonexistent).

He met his beautiful wife in a yoga class in Bali, they married at sunrise in San Francisco overlooking the pacific ocean, they had a child at home in their apartment in London. He loves them both very much.

‘Resistance to this relentless assault of naïvety, boyish charm and naughtiness is futile’ (Metro)