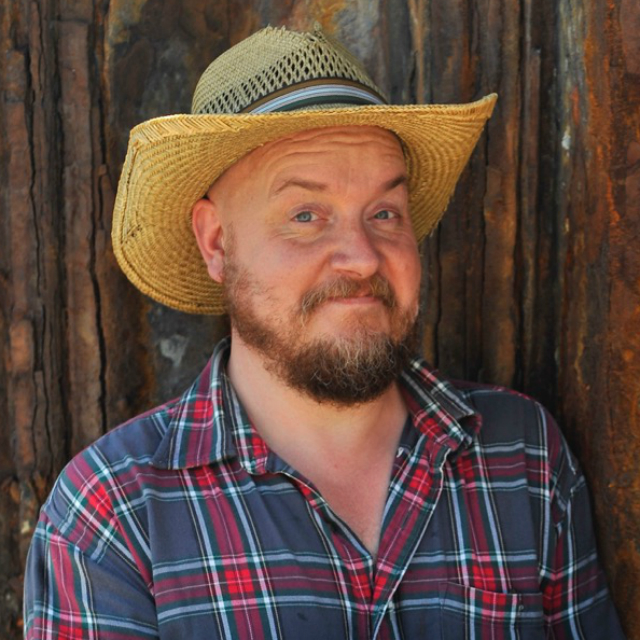 Wildly brandishing the worlds’ second largest briefcase containing a battery of ridiculous props, George bounds onto the stage to perform one of the most original, interesting, innovative, and sweetly whimsical comedy performances you are ever likely to see. A true cross between modern alternative stand-up comedy and old-school music hall variety.

George Egg has been a professional stand-up comedian for the last two decades. He has an extremely successful solo show with which he has toured in Germany, Switzerland, Holland, Belgium, Spain, Austria, France, Hong Kong, New Zealand and even India as well as extensively in the United Kingdom both on the stage and on the television. More recently has been the support act for Lee Mack, Micky Flanagan and Jack Dee.