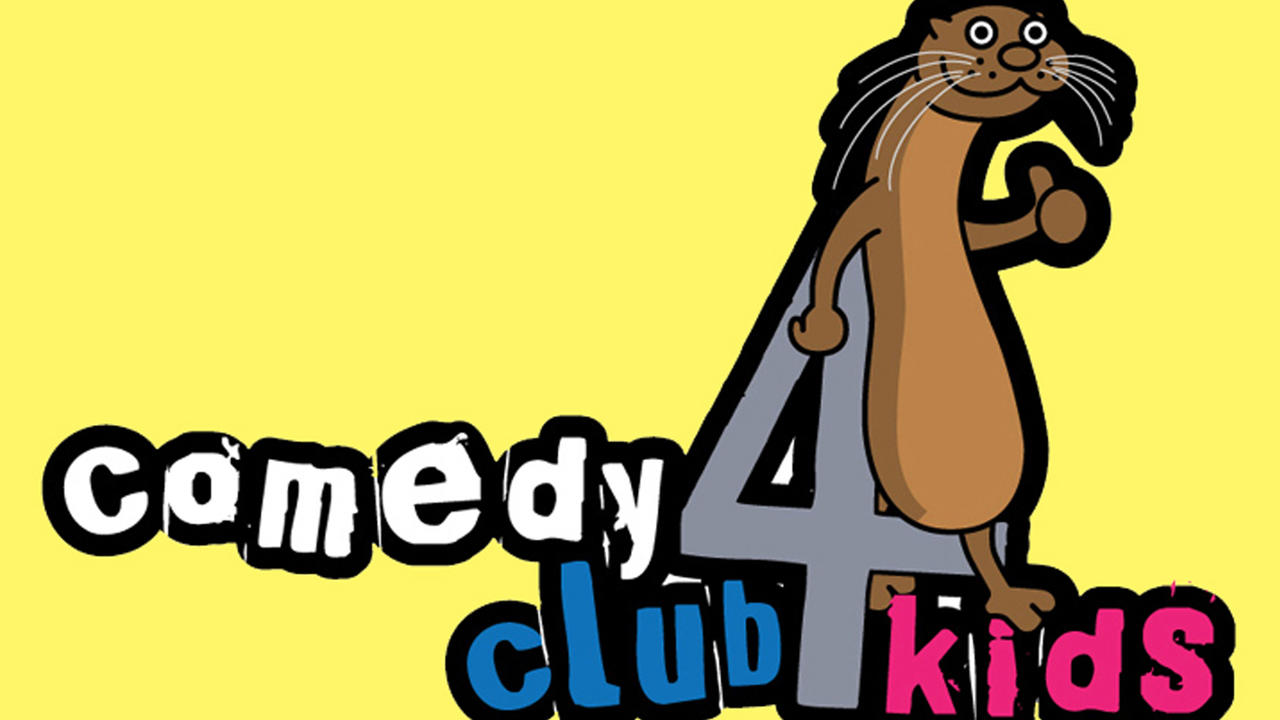 It was only a few weeks ago that we were talking to Tiernan Douieb about Phoenix Fringe, and now here we are, talking to him again, this time in his capacity as one of the three people who run the fabulous and lovely Comedy Club 4 Kids. He is clearly one of the busiest comedians in the business.

The group do shows all year round, so to be honest, I could have run this interview at practically any time (well, almost), but I am choosing to do it now because I very recently attended a show with my daughter and we had a brilliant time. Plus, there’s a show this weekend and next weekend.

The group do shows all year round, so to be honest, I could have run this interview at practically any time (well, almost), but I am choosing to do it now because I very recently attended a show with my daughter and we had a brilliant time. Plus, there’s a show this weekend and next weekend.

CM : Tell us about the history of Comedy Club 4 Kids – who runs it, how long has it been going, and how did it begin?
TD: As of this year we are now ten years old which means we could be one of our audience members. Sort of. It started when comedian James Campbell decided it was unfair that adults got stand-up comedy and kids didn’t, especially as kids like to laugh even more than grown ups. So he started getting comics he knew from the circuit to do material suitable for a much younger audience. Then five years ago James decided to pursue a writing and solo career so handed it over to me, Isabelle Adam and Melissa O’Brien, and we’ve been running it ever since.

CM: You are usually the host, aren’t you? How did you become the resident MC?
TD: Well it’s partly on account of having been doing it so long, and let’s be honest, partly because I co-run it so I can book myself in! But I really love hosting CC4K shows. It’s a very different, more positive energy than gigging for adults and hosting means I get to ask them questions and talk to them which always provides brilliant responses.

CM: Tell us a bit about the other acts involved. I know there are lots of them, but who are the most regular players?
TD: Howard Read, who likes to hit himself in the face with a pretend frying pan (when Little Howard isn’t with him), Bec Hill who has flip books about farting, Jim Smallman who gets children to help him design tattoos, Andrew O’Neill who talks about weeing during karate class when he was little, Abigoliah Schamaun who discusses the differences between US and UK kids, Trygve Wakenshaw who mimes turning from a caterpiller into a butterfly, Nish Kumar who irritates children by asking if they’ve seen the film ‘It’s Freezing’ with the song ‘Let Us Go (to The Shops)’ which he sings, Stu Goldsmith who talks about babies being idiots, Nick Doody who does the darkest kids’ material possible, then there’s also Luke Toulson, Sally Anne Hayward, Deborah Francis White, Matt Green, George Egg, Noise Next Door, Morgan and West, and so so many more.

CM: How different is it, performing comedy for children? How much do you have to adjust the way you work?
TD: Everyone approaches it differently. For example, Tom Allen does a lot of his normal set but cleans it up and it works amazingly well. James Acaster improvises writing a letter to his parents, and gets the kids to help him. Other acts (like me) have specific material that they just do for kids shows. The main difference is that kids are instantly positive and excited to see a show. You’ll never get them crossing their arms demanding ‘make me laugh’. Instead they’ll race to sit in the front row first. So actually, as long as your material is within the remit of their understanding then they’ll probably get onboard with it.

CM: Children can be a bit unpredictable, when it comes to audience involvement particularly. Has anything ever gone terribly horribly wrong?
TD: Very, very, rarely and when it has it’s not been the fault of the children in the audience. We’ve had the odd swear word from acts, but it’s very, very rare to the extent I can count the occasions on one hand. And when it’s happened the audience have thankfully found it very funny. (ie, Adam Hills accidentally saying “shit”, and so continued to say it so many times that it just reduces the room to naughty giggles instead). I do remember once where an act said “turn to your mummy or daddy” and a very small girl wandered up to the front and said “I don’t have a daddy”. The act quickly ran to the bar, bought her about 4 bags of crisps and said “these are for you!” which sort of fixed things temporarily. I once asked a child to tell me a rude word, thinking it would be ‘poo’ or ‘bum’ and instead he whispered in my ear “why are you doing this?” which was a moment of clarity. They’re good at those, kids.

CM: How frequent are the shows?
TD: In 2014 we did 175 shows all over the UK. By the end of this year it looks like there’ll be more. We have regular residencies at the Soho Theatre, GLive in Guildford and the ArtsDepot in Finchley, with quarterly shows at loads of other venues too.

CM: Can you tell us a bit about the children’s comedy workshops?
TD: We teach kids, from the age of 7/8 upwards, how to do stand-up comedy. We give them lessons in being confident on stage, on being creative and writing their own material and how to craft a set together. There’s a variety of fun games and group activities and occasionally we have guests pop in to teach them improv, sketch or other skills that they could use. It’s a lot of fun and this year one of our pupils, Grace The Child, went down a storm at the Edinburgh Fringe and got one of her jokes in the Top Ten Jokes of The Fringe in the Guardian.

CM: What’s the best thing about performing comedy for children?
TD: The heckles and interaction, which is always bonkers. Hearing children and adults laugh together at a joke is hugely heartwarming thing and the cathartic enjoyment of getting to do some really silly, fun, material to a lovely warm crowd.

CM: What’s the worst thing about performing comedy for children?
TD: How miserable it makes my grown up material seem in comparison!

‘Comedy Club 4 Kids’ is on at Arts Depot this Sunday, 6 Sep, and then in the Spiegeltent at Canary Wharf on 12 Sep. But they’ll be back in London again before long, see this page here for all the dates.