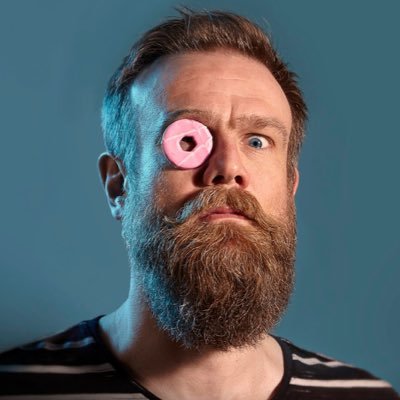 A surrealist comedian and illustrator whose debut stand up show ‘Olaf Falafel and The Cheese Of Truth’ won critical acclaim and award nominations.

As well as finding comedic success onstage, Falafel has also enjoyed online fame with his short viral videos. These absurdist movies include a croissant-coiffured talking Donald Trump puppet, slices of truth telling cheese being thrown onto newspapers and the Bee Gees hiding in his beard.

The comedy website Chortle affectionately described Falafel as ‘an idiot’ and when he doesn’t have a microphone in his hand you’ll probably find him with a pencil and pad trying to draw something equally idiotic.