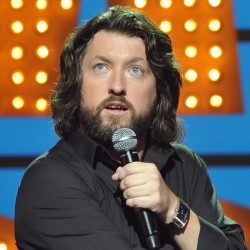 A former solicitor, Keith has the natural ability to delve into themes other comics may shy away from and it is this aptitude that is placing him in the lead of investigative comedians. He has been a regular guest on radio, both in Ireland and the UK, from BBC, RTE, Talk Sport, Today FM, Newstalk and all sorts of other warm and welcoming studios.

Keith Farnan has performed as a stand-up all over the world, from Montreal, to Amsterdam, to Hong Kong.

He has also written for and performed in The Insomniac Club for BBC Radio as well as appearing on Loose Ends and Colin Murphy’s Great Unanswered Questions (BBCNI).