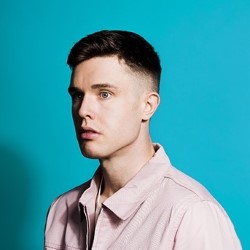 Ed Gamble is a stand-up comedian, writer and actor. Ed has appeared on some of the UK’s most popular TV shows: Mock the Week (BBC Two), Man Down (Channel 4), Never Mind the Buzzcocks (BBC Two) and Russell Howard’s Good News (BBC Two), as well as presenting radio shows for BBC Radio One and BBC Radio Four.

Prior to this, Ed was co-writer and host of the iTunes-topping Peacock and Gamble Podcast as part of his double-act with comedian Ray Peacock. Peacock and Gamble also performed a sell-out UK tour in 2012, which was described as “a triumph of live comedy” (Fringe Guru) and “incessantly hilarious” (The Guardian).