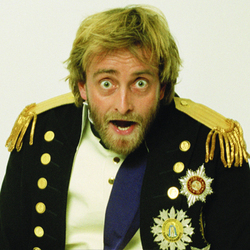 A comedian and writer, Tim was nominated for the Perrier Best Newcomer gong in 1999, and recently found fame as one half of ‘Infinite Number Of Monkeys’. He is now striding out as a solo performer once more, with his 2003 Edinburgh Festival Show. He has written for three series of ‘The Arthur Smith Lectures’ on BBC Radio 2, various other radio work, and written columns for national and regional newspapers.

And, most importantly, he is in ‘Paddington 2’ as Phoenix Buchanan’s most notable relation.